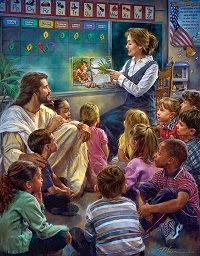 Anyone needing a primer of concrete examples in how or why democracy seems to be on the skids in the U.S. could do worse than checking out a recent voice vote in Alabama's House Education Policy Committee.


By way of a voice vote, the House Education Policy Committee passed a bill that would require teachers to recite Christian prayers in public schools every day, even though the majority of members did not vote for it.

The news story says that the chairman (or in this case chairwoman) has discretion when tallying voice votes. It also says that none of those voting against the measure bothered to challenge the ruling. Hence, in a 3-2 vote, the two was greater than the three.

I am not inclined to play the pinko-lefty-limp-wristed liberal who thumbs a well-chiseled nose at some imagined backwater ignorance. Alabama may be a case in point, but I fully suspect that similar examples could easily be found north of the Mason-Dixon line. Maybe the topic would not be prayer in schools, but still ... my imagination suspects that an inability or unwillingness to distinguish between three and two is hardly confined to Alabama.

And where else do U.S. senators and congressmen and presidents come from if not the legislative swamps of the states they claim to represent? The states are the training ground -- or breeding ground, perhaps -- for a wider democracy withering on the vine.
Posted by genkaku at 12:30 PM