special me, special you 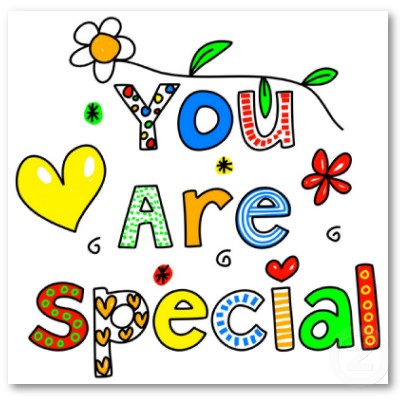 A good friend sent along a longish article about a book/argument called "The Invention of the Jewish People." Far from being mere anti-Jewish diatribe, the book was painstakingly researched by a scholar named Schlomo Sand. The article ("Whatever Happened to Schlomo Sand?") revives both the book -- which was excoriated in Israel -- and the question.

I simply could not bring myself to read the whole of the article. It was intelligent and quiet and ... I simply couldn't read it all. But there was an element in it that stuck in my fur like some meadow burr -- the function of specialness in national and personal events.

There is demonstrable blowback in the arena of specialness -- not least when it trickles down to you and me ... special you and special me. Calling this specialness bad or wrong-headed or unspiritual is flimsy hot air... otherwise known as bullshit. Whether something is wrong-headed or not hardly matters when the matter of specialness is so compelling and obvious. It is and it is huge ... specialness. Asking others to consider the fallout (good and bad) from a presumption of specialness is largely useless. Individuals either come upon the question or they do not. Trying to convince them brings to mind a bit of Seido Ray Ronci's poem, "Homage to My Father:"


Study all the religions. Learn Italian.
See Venizia, Firenze, talk
to all kinds of people
and never, never think you know more
than someone else! Unless,
unless they're full of shit.

And if they are, tell them;
and if they still don't get it, fuck it,
there's nothing you can do about it.

What the Nazis did to the Jews and others is an example of specialness. What the Jews do to the Palestinians is an example of specialness. The national and nationalistic examples are everywhere in the past, in the present and, no doubt, in the future. And personal -- very personal -- examples are likewise not hard to find whether among the heroes or the villains.

Special. And rather than battling or inveighing against this attribute that is as wide as the sky, I think the only recourse is to relax. Relax and investigate, assuming the question presents itself. I am special, you are special ... now what? My characteristics are not yours and vice versa -- we're both pretty special. But do those characteristics warrant an elevated or demeaned station? Perhaps so. Perhaps not.

Relax. Investigate. If need be, make it a "special" investigation ... wrap it in spiritual tinfoil if you like ... but investigate. Do not be lazy and settle for special descriptions like "attachment" or "compassion." Relax. Investigate. Clearly you are different from me and I am different from you and, if anyone asked, each of us might find something special in our differences. But in what does our specialness consist?

I haven't got any answers, but I do think that addressing the issue at all might be a good step towards resolving the unhappiness that can arise from our special circumstances.
Posted by genkaku at 9:31 AM