the urchin -- nadir and apex 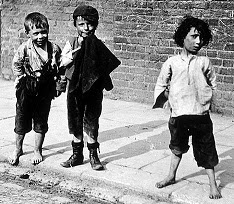 Whatever the case, an "urchin" was obviously not a critter held in high regard. I guess it was ugly and prickly and useless except to the extent it could be used to describe something undesirable. Street urchins were poor and dirty and nobody wanted to be poor and dirty. Poor and ugly ... a dreary combination.

Somehow, at some point, "urchins" were chosen to bear a downside linguistic role. An urchin was most certainly not Little Lord Fauntleroy.

Urchins are simultaneously a delicacy. Just ask a Greek or Japanese gastronome and suddenly an urchin is elevated to ineffably scrumptious and wondrous heights. Consider the single line offered along the Internet highway: "Sea urchin is by far one of the most divine delicacies you can offer your guests in Greece." Urchin roe is prized and praised by any self-respecting specialist in eating.

From a dog to a deity and back again ... and all of it riding on a single word, a single entity: The "urchin," nadir and apex.

When my father was young, butchers would throw away calves liver as an unworthy food. Check your local supermarket today. In Hawaii, the macadamia nut once relegated to the garbage heap is now a gourmet product.

Perhaps there is a point at which defending against enemies somehow misses the mark. Defending against anything may be quite a good idea, but in doing so, the picture remains incomplete. Greed, anger and ignorance deserve any wise (wo)man's most determined efforts. Evil is no joke. It is not some philosophical Tinker Toy. And yet too ...

Is defense a real answer? Or offense either?

Perhaps there comes a point at which there is nothing to do but say, "welcome." The urchin's spines are painful. The roe is delicious.

Welcome.
Posted by genkaku at 8:14 AM