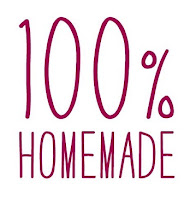 Among the shifting tides:

When I was a kid, "home-made" was an ad any child might affix to his or her lemonade stand during the throes of summer. "Home-made" meant the kid probably had a little sweat-equity invested in the ice-cold beverage that could hit the spot on a hot day. But also, it was a concoction that could be second-rate. Home-made meant just that. Not all home-made goods are necessarily better. Really, they could be pretty awful.

Nowadays, in an era when sellers are looking for an edge, what was once "home-made" is bruited as "artisan," a word that once referred to someone with long experience and expertise. Now, any person who has poured fifteen or twenty minutes into his or her product is an "artisan" because "artisan" is a kool word and it seems to offer an authenticated product.

Emphasis on the word "seems" just as it once was for "home-made." Beer, wine, bread, shoes, sweaters ... in my neck of the pink and perky universe, these are goods that are often labeled "artisan" ... and may just as easily contain the money-making thinners and short-cuts whose presence make the product just as second-rate as what is sold in a chain store.

And once upon a time, the CBS newscaster Walter Cronkite observed that "news is not about how many cats did not get up on the garage roof." These days, my local paper shows an ever-waxing willingness to present stories about all those cats that didn't get up on the garage roof. And like as not they are wearing yoga pants. Newspapers are facing hard times and the willingness to winkle out the solo cat mewling on the garage roof has been supplanted by the safe-sex stories about meetings or the police blotter or who died and how nice they were. It's easier to do the easy stuff and not offend anyone and not put in the sweat-equity that used to go into news stories.

I sympathize with newspapers, of which I am a product, but I see no reason not to note that their profits, however diminished, are plush. Do the owners want more? Sure they do. But at what expense? Yoga pants don't fill the bill. Building a parking lot may keep the wolves from the door, but at what price?


Last year, taken together (in other words, adding up all their revenues and profits), these companies' newspapers kept 15 cents out of every dollar they took in before taxes. By contrast, the Fortune 500 companies together earned about 5 cents.

Even if it's only a 10% profit (after taxes), there's nothing shabby about that in today's marketplace. Maybe an inclusion of news would not be untoward.

Just paddling upstream without a paddle.
Posted by genkaku at 10:26 AM