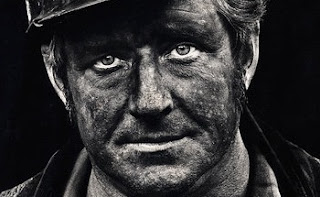 I have no doubt that Donald Trump, a man who as candidate for president spoke warmly of the coal industry and its workers, will make sure that black-lung insurance payments will not be foisted off on tax-paying Americans but rather remain seated with the industry that lined its pockets by extracting the coal that no longer enjoys much clean-air favor. Of course, Trump has a track record of letting others pick up the bill ... why should coal miners or their sissy supporters be any different? Surely Trump wouldn't let down some of his most ardent supporters.

And if you believe any of that hogwash, I've got a bridge in Brooklyn to sell you.


WASHINGTON (Reuters) - A federal fund to help U.S. coal miners disabled by black lung disease will require a multibillion-dollar taxpayer bailout if Congress does not extend or increase the tax on coal production that funds it, according to a government report on Monday.