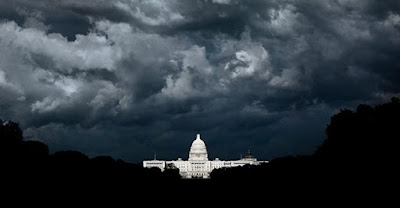 A friend in Japan sent along a piece by Chris Hedges, an author who is not about to lie down and spread his legs for the latest sensitivity/democracy/compassion fad. The piece is a bit old, but its pungency remains.

I am wary of what others assume I might or might not like, but I found myself sucked into the piece and thinking more than once, "absolutely, goddamned right!" Hedges may be shrill, but he's smart enough to make me think others could simply turn down the volume and listen.

Bloody times in the offing. No fucking joke.

Among other -- some more compelling than this -- observations:


The Democratic Party, which helped build our system of inverted totalitarianism, is once again held up by many on the left as the savior. Yet the party steadfastly refuses to address the social inequality that led to the election of Trump and the insurgency by Bernie Sanders. It is deaf, dumb and blind to the very real economic suffering that plagues over half the country.