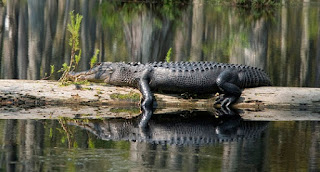 A Guardian column by Gary Younge I enjoyed this morning touched base with those who once-but-no-longer denounced Donald Trump with a feverish fervor and yet now ... well now is a different time.


During the presidential election the Huffington Post’s US site carried the following editor’s note at the end of every story about the Republican nominee: “Donald Trump regularly incites political violence and is a serial liar, rampant xenophobe, racist, misogynist and birther who has repeatedly pledged to ban all Muslims – 1.6 billion members of an entire religion – from entering the US.”
Shortly before 6am on that long election night – in between Trump’s winning Iowa and being declared the victor in Pennsylvania – the Washington bureau chief announced that the note would be removed, “in respect for the office”, and that it was time for a “clean slate”.

Younge's column pointed out what I find all-but infuriating -- that those with the loudest moral mouths in the long-ago-and-far-away stand a good chance of divorcing themselves from the demagogue they helped to erect. Yes, Trump is a liar et al, but those riding his coat tails have their own obfuscations to own up to ... and probably won't ... probably without political penalty.

Where is the "decency" you might think a man or woman might elect to attribute to the reflection in the mirror? Only the safest of the safe -- those who have quit or been fired and not always they -- dare to speak up. The venality has always been obvious ... but, a part of me wonders, does it have to be that obvious?

Here's a small laundry list of swampy delights laid at Trump's doorstep... and it's all-but a year old: from The Atlantic.

I wish I could say I were not likewise culpable.
Posted by genkaku at 11:19 AM