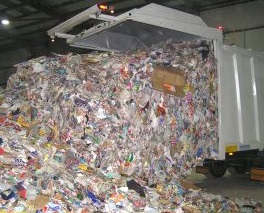 Every mother's son seems willing to draw statistical links between one (sometimes laughable and self-serving) interest and another but my skepticism this morning was balanced with wondering, "is it true or just more statistical fluff?"


When a local newspaper closes, the cost of government increases. That’s the conclusion of new survey from Notre Dame’s Mendoza College of Business, which draws a direct line between loss of the watchful eyes of local newspapers and a decline in government efficiency.
Paul Gao, a professor of finance at the college, said he got the idea for the study while watching Jon Oliver’s Last Week Tonight about the decline of local newspapers almost two years ago.

"Watchful" is one of those kinky, sounds-good words that leaves out the newspapers that have been co-opted by government (the Goebbels Effect, I call it). Most newspapers care first about money and secondarily about news, so playing political patty-cake with officials is one of the options teetering newspapers employ to shore up what is waning.

The story might be nice, if true, but I'm just an old newspaper guy. My local newspaper has an importance rating in my mind that hovers between actual news (not much) and the usefulness the newsprint finds when firing up the wood stove... pretty damned important on a cold day.