daring to declare their affection 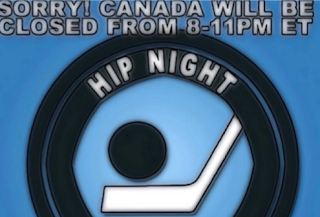 [BBC] The Olympics really were no match.
There was only one show in town, sorry, in the nation on Saturday night.
Canada's national broadcaster CBC broke from Rio to air the whole of The Tragically Hip's final gig live. They advertised it as "A National Celebration", and they weren't wrong.
Only about 7,000 fans had actually managed to cram into the K-Rock Centre in Kingston, Ontario.
Kingston - the home town of Gordon Edgar "Gord" Downie, whose announcement in May that he had terminal brain cancer had caused shock across the nation.