the advancing elegance of spittoons 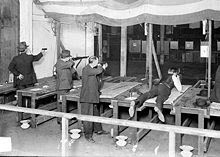 An early-American etiquette primer once observed tangentially, "... and if you must spit, spit in the corner."

Or maybe not. I can't recall the primer and can't cite the source but I find it hard to believe that if I had conjured the injunction out of my own whole cloth I wouldn't lay a kind of doting claim to it: I do like the thrusts that carve away politesse and get down to the nitty-gritty -- spitting being one of them.

The line calls up an atmosphere in my mind -- a newish nation with dusty main streets and wealth slowly amassing. Politesse requires the inroads of cosseted wealth. The beginning of the Jonses against whom other poor slobs might wish to measure themselves. Lace well-washed and pressed; wigs powdered and a lady's hand to kiss until ... until...

Everyone needs to eat, piss and occasionally, spit. But let's keep it decorous in these advancing times. In earlier times, men retired after dinner for a sequestered period with their cigars and brandy and a respite from the decorous advances. After a while, they too might become more decorous than was comfortable, but the amenities were observed and women read books of etiquette.

No need to be an utter dirt-road klutz.

Spit in the corner.

Women, it appears, do not spit: 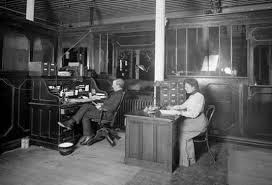