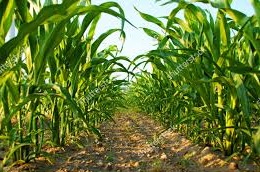 -- Once, on public television, a nut-brown man with four or five wives, was asked what the key was to maintaining a semblance of familial harmony in his Middle Eastern home. He considered the question for a moment and then replied simply:


It helps if you have a sense of humor.

-- Sensing my anxiety when my first-born was about to arrive, my sister, who at the time had two children of her own, sought to allay my anxieties. What worried me was, of course, that I had never been a parent before and ... well, what the hell were you supposed to do? How could I be a good parent? Was there a magic bullet? My sister was supremely assured:


Adam, you can either read every book that was ever written about child-rearing or you can read none at all. Either way, you won't know shit.

-- On public television again, and interviewer was quizzing Anne Morrow Lindbergh, perhaps about her latest book. Lindbergh, the widow of trans-Atlantic flier Charles Lindbergh, was a pilot, author and adventurish spirit whose 20-month-old son was kidnapped in 1932 and later, presumably, found dead. There was simply no way the latter-day interviewer could not ask her, "How does it feel to have a child kidnapped?" Lindbergh didn't flinch. She sat still. She was wearing, if I recall, one of those obligatory single-strand pearl necklaces that WASPs can affect. She was still and then began her answer by saying


I think everyone has suffered a tragedy....

Each of these small answers to big questions seems to share at least one characteristic: It's not the answer that is likely to solve anything. It is the experience that prompted the answer that matters. Answers are clues. They aren't answers. Saying "abracadabra" is not the point. Living it is.

That and getting used to the fact that I still don't know shit.
Posted by genkaku at 8:52 AM