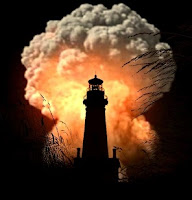 Japan’s public broadcaster mistakenly sent an alert warning citizens about a North Korean missile launch and urging them to seek immediate shelter, then retracted it minutes later – days after a similar error occurred in Hawaii.
NHK television issued the message on Tuesday on its news websites as well as on Twitter, saying North Korea appeared to have fired a missile at Japan. It said the government was telling people to take shelter.

Wasn't there once a song that included "killing me softly with his song?" Or, more relevant perhaps, another song titled "boom, boom ain't it great to be crazy?"