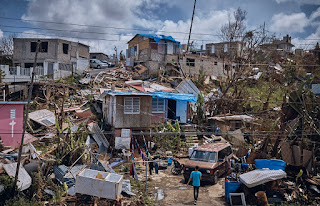 Everyone else may have known, but ...:

-- Julian Assange, that spiller of Wikileaks wire-tapping beans, has been made a citizen of Ecuador, the country in whose London embassy he has lived for five and a half years. The Brits are not impressed -- "go fuck yourself" might easily have summed up their reaction to a request to recognize Assange as a diplomat. The Brits have and continue to play handmaiden to the United States which hasn't got the balls to admit Assange won and if "treason" is the word chosen to describe Assange, then perhaps the same word might be tried on an American president.

-- Bill Cosby, the American comedian whose past predations retrial is scheduled April 2 even as reruns of his sitcom "The Cosby Show" seem to be enjoying healthy reruns on TV, quipped recently that he would prefer not to be added to Twitter's #MeToo laundry list that has swamped and dashed other politicians and similar entertainment personalities.

-- I did know that Oprah Winfrey's name has been bandied about as a potential presidential candidate, but the sense of suicide-by-Democrats lingers and waxes in my mind.

-- And through it all, the entertainer-in-chief manages to shine as Donald Trump is called out for referring to Haiti and various African nations as "shithole countries." A majority of the news media seemed unwilling to NOT QUOTE the president verbatim. There were a few lackluster stories about Trump's denial that he ever used such language. His batting average for telling the truth is below average.

On the radio yesterday, I heard an AP report that federal aid to Puerto Rico -- a commonwealth/unincorporated territory still reeling (spotty electricity at best) from a Sept. 20 hurricane -- has yet to be ironed out in any tangible form. A cluster-fuck at best. A cluster-fuck in a shithole, perhaps? The aid spigots are on in Houston and environs that were likewise hurricane-ravaged. And well-heeled, non-shithole Montecito, Ca., and Santa Barbara County will get help for the mudslides the followed in the wake of devastating and denuding forest fires.

I suppose my granddaddy was wont to observe that it was a life-skill worth learning -- separating the chaff from the wheat. I wonder what he might have said when so much is chaff and so little is wheat.
Posted by genkaku at 11:28 AM