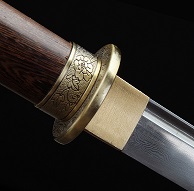 The other night, because there was no other soporific reading material on the night stand, I picked up "Hagakure,"a book that "grapples with the dilemma of maintaining a warrior class in the absence of war and reflects the author's nostalgia for a world that had disappeared before he was born," according to Wikipedia. It's a kind of Marcus Aurelius minus Marcus Aurelius. It is more etched and starchy and wrapped in the robes of the samurai.

The world has rules, the book asserts and there are greater and lesser fulfillers of the demands the purity quotient. "Don't be a slob" might be one short-hand. Or "get over yourself" another. Discipline is required and the author seems convinced that he is an adequate purveyor of what is requisite and pure.

In various forms, there are hundreds of books that do similar work from differing perspectives. "Don't be an asshole" echoes and re-echoes in the human spirit, I guess. But with advancing age, the willingness or capacity to accede to such advice tends to wane. Life has a way of gob-smacking all and sundry with or without the assistance of vaunted tomes. And when, perhaps, the gob-smacking is somehow absent, there is always the gob-smacking reality of "being right." Who in his right mind would want to live with that cangue.

Given the flab and lassitude of age, I am no longer a fan of the very rules I have followed. The best I can manage is to hope that whatever good such rules instilled will somehow stick and be exercised ... without exercising any goodness. And if the glue doesn't work, there is always the gob-smacking that life can and will administer.

I belong among the lesser mortals whose ranks I imagined I could outstrip ... most notably, me.

There was once a tale of a samurai warrior who had not eaten for several days but nonetheless ambled down the street picking his teeth as if he had just finished a fine meal. The story was told as a means of instilling a spirit of unwavering assurance. Death is a small matter. But I always wondered, when I heard that tale, why a man of determination and clarity would show off by picking his teeth.

These days I agree with my question.
Posted by genkaku at 10:25 AM