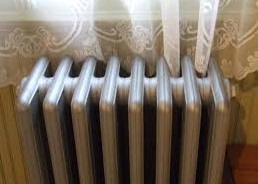 At 6 a.m. it was -6 Fahrenheit ... imagine that. Not so much, "imagine the temperature" as "imagine talking about the weather." I feel like some rag-tag, fake-'em-out-with-endless-chaff TV newscast or one of those people who actually "snowbird" in, of all ticky-tacky places, Florida.

There's a new darts champion, and I'm muttering about the cold. Lawsy.

Or, Iranians who populate a country the U.S. insists on denigrating despite the fact that Iran seems to live up to its part of, for one thing, an agreement about curtailing nuclear advances, are out in the streets protesting the economic difficulties posed partly by sanctions and partly by average, every-day mismanagement and skulduggery. I can never figure out exactly why the U.S. should put Iran in its cross-hairs except for the fact that Iran sees Israel as a pain in the ass. Is that worth U.S. enmity? Is it blasphemy to suggest that Iran may have a point? I don't know, but I do know that I listen to Iranian politics with a slightly higher level of credulity than I do to Donald Trump. It's a sloppy approach, but there it is.

And in the meantime, the steam radiators click and clack in acknowledgement that they are working and producing and doing yeoman service against the plummeting hordes of cold and colder.

At the moment, heat is bloody marvelous!

Shortly (a few months), I will complain that it's too bloody hot!
Posted by genkaku at 8:42 AM