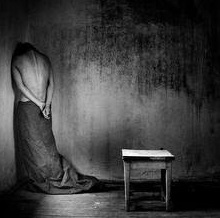 Along, no doubt, with being crypto-racist (someone trying so hard that of course he cannot be accused of being a racist), I guess I have to admit I am also, increasingly, a not-so-crypto Facebook-ist ... someone who gags at the notion that the social media sold as bringing us all closer together is actually driving the great 'us' apart. Imagining that "friends" and "enemies" are confected on the internet is not only revolting, it's also wrong from where I sit.

And it is in that regard that I am linking to a Guardian column on the topic:


Former Google and Facebook executives are sounding the alarm about the pervasive power of tech. Will we listen?

Of course 'we' won't. Once you've been bitten by the asshole bug, it is harder to disengage than it is to kick opiods. But that doesn't mean, with the arrival of a new year, that it can't be noted: There was a time when there were actual friends, actual enemies and a lifestyle that relied less on cardboard cutouts... you know -- sorta like grown-ups.
Posted by genkaku at 8:17 AM