armament-chic for one and all 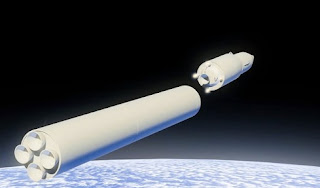 MOSCOW (AP) — President Vladimir Putin says Russia has developed a range of new nuclear weapons that he claims can’t be intercepted by an enemy.
Speaking Thursday in a nationally televised address, Putin said the new weapons represent a quantum leap in military technology and will render NATO’s U.S.-led missile defense system useless.
Here’s a look at the weapons he announced.

Washington signaled its willingness/delight to dance the dance with:


The White House says U.S. defense capabilities “are and will remain second to none” as it responds to Russian President Vladimir Putin’s boasts about developing a new array of nuclear weapons.

Meanwhile, U.S. President Donald Trump may look on with satisfaction as plans for a big military parade go forward in the United States.

WASHINGTON (AP) — The Pentagon says discussions are moving forward on plans to have a military parade around Veterans Day, possibly in conjunction with commemoration of the World War I centennial celebration.

And what could be more reassuring than that " [The] Number of guns in US rises dramatically in recent decades" and most of them are not being exported.

Despite hunger, sickness, illiteracy and other forms of privation, men in power are still taking the easy route to penis-enhancing arenas. War is just so much easier than peace.

And if you want a footnote to how these woefully-underendowed nitwits work, just check out Georgia's withdrawal of tax breaks for jet fuel that benefited Delta Airlines. Delta had the audacity to unplug its tether to the National Rifle Association.

When I was in the army, German friends of mine were willing to laugh at the old joke about a contest whose winner was awarded a free one-week vacation in Poland. The runner-up got a free two-week stay in Poland. Maybe the pecker-power putzes taking the easy way out could win whatever the latter-day version of a trip to Poland is/was.
Posted by genkaku at 6:17 PM