the separations of belief 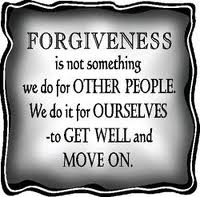 Here's an idea that might appeal to serious believers -- a dose of salts I might do well to ingest:

Learn to forgive those who believe.

It's pretty arrogant to run around, wanting to puke every time someone uses a nostrum like, "it is what it is" or "everything has meaning/purpose." Oh pulllleeeeeeezzze! If things really were what they are, why would anyone but a dimwit say so? And if everything had a meaning/purpose, please tell me who has taken the trouble to prove the dictum.

The trouble with belief is that it separates the believer from what s/he claims to believe in. Someone who believes in god, for example, is by definition separating god and (wo)man when the god that is credited is omnipresent and overarching and all-infusing. Belief is the bedrock of so-called dualism, which is anathema to the monism crowd ... who -- read 'em and weep -- have their own duality problems. Belief, in short, encourages what Buddhists call "suffering" or "a sense of dissatisfaction."

I once asked my Zen teacher what role hope and belief played in Zen practice. "For the first four or five years [of practice]," he replied, "belief and hope are pretty important." And after that, I asked? "After that, they are not so necessary."

OK -- experience trumps belief and having a sense of ease relies on experience. Belief is left in the rear-view mirror once experience kicks in.

But the longing or demand to believe cannot be overrated. It's as compelling as, say, having five toes on one foot. Unless you are some snooty atheist or contrarian, trying to talk someone out of his or her beliefs is like trying to capture the Pacific Ocean with a tea spoon. Try it and you can almost see the believer segue into some new and improved belief ... atheism, perhaps.

Well, the only thing I can figure out is to forgive what is a blunder and kick back with a cup of coffee. You want to suffer -- go ahead and suffer. I'm sorry it's so annoying/painful, but what happens when the belief (and by definition, disbelief) factor is set aside, even for just a nanosecond?

Yes, beliefs are fun -- and as tasty as beer nuts -- but when the time comes, isn't it a lot easier to join the nuts?