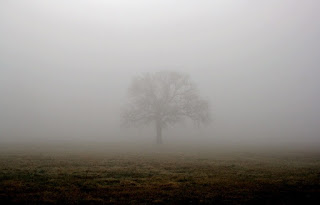 For reasons unknown, I awoke this morning thinking of concertina music. Not any particular tune, just the warp and weft of the concertina.

"Concertinas," my mind said with that bullshit certainty that a confused teenager might lay on the world, "are built for love songs. Bagpipes, the concertina's near cousin, are made for the shimmering appearance of Aunt Agatha's ghost. They are very different animals, concertinas and bagpipes, and yet both are suited to the jig ... a family matter indeed."

Of what use or consequence this line of thinking might be, still there was something inviting about the topic.

Oh yes, and there was fog or mist footnoting the scene. Misty-moisty, half-sad love ... misty-moisty apparitions that no one, drunk or sober, could deny.

I guess I was in a fairy-tale mode.

What a strange expression: "I will never forget...."

Would a soldier who had seen combat forget the smell of burning flesh? I imagine not and yet I also imagine that even a person who had never smelled burning flesh might somehow instinctively know the smell, even for the very first time.

And then wake in the morning to dreams of concertinas and bagpipes and other ghosts.
Posted by genkaku at 9:13 AM