the purring of box-office religion 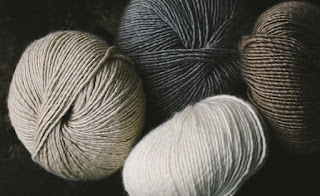 A small serendipity: Last night I finished sort-of-reading a book called "The Shack." I had searched around for a pre-sleep soporific and found the book helping to clutter the dining room table. I grabbed it and read it over several nights. (The book, I since found out, was made into a grimly-reviewed movie.)

And today, in a nod to how far behind the times I am, came this:


The faith-based genre is showing Hollywood that age and diversity are not necessarily antithetical to box-office success, and offer starring roles to actors who may no longer be at the top of casting directors’ call-in lists.
“In last year’s hit The Shack, God was played by a black woman, an Asian woman played the Holy Spirit and Jesus was played by an Israeli,” says Peter Chattaway, reviewer for the faith-based film site, Patheos.

The book was a kind of one-note concerto about a man who spends the weekend in the country as he coped with his young daughter's brutal kidnap and murder. His weekend is attended by God, Jesus and the Holy Spirit and by the man's own revision of his world/religious views. The book was very popular, the cover announced. I had never heard of it. The Christianity platform, while laid on, was not unbearable.

I think religious imagination is inviting in a world full of too much information. Kindness, peace, harmony, healing, dedication, love ... all play well in a fractured, fractious present. I'm not for it or against it. Cozy is nice and every story, no matter how shallow or profound, has its cozies. Cozy in an era of unbridled dyspepsia and uncertainty is a go-to magnet. I fear the fallout from religious cozies, but hell, even when it's not religious, cozy explanations always nourish thorns that make someone bleed.

Fantasy (think "Black Panther") is big at the box office these days. Why should religion be shut out?
Posted by genkaku at 11:57 AM