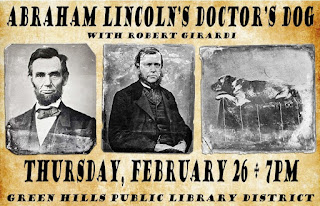 Back in the days when book-publishing was more in vogue, there was a joke in the industry that a winning chemistry for any financially-successful book was contained in the quick-hit formula, "Lincoln's doctor's dog." Lincoln was popular; doctors were popular; and dogs were popular ... ergo....

As a further guarantor of sales, the first sex scene should occur no later than page 34.

In the same way that tourist attractions may be trite but there is a real reason for their popularity, these tongue-in-cheek publishing advisories were both ridiculous and true at the same time. Any author might wish to be wildly popular with his or her chef d'oeuvre and simultaneously believe that catering to someone else's formula breached an unspoken freedom to write any damned thing s/he pleased. Freedom, while threatening as hell, was part and parcel of the artist's palette: "Don't fence me in!"

My mother once said that you couldn't trick readers. They would smell your farts under the covers if you tried to fake something you did not consider true. If Lincoln or doctors or dogs were a true passion or concern, go ahead and write the hell out of it. But if selling books -- which was what the publisher hoped for -- were the goal, steer clear: Not only would the reader not believe you, you, yourself, would be left with nothing but scruffy fart flavors. Or, if the reader did believe you, how sad would that be in the end?

Just noodling this morning, half-wishing Lincoln or doctors or dogs had somehow tolled my bells. If they had, perhaps I would have gotten to go to publicity shindigs I really disliked even when the product was not my own. Rich and famous and well-known and ... what the fuck was I thinking or pipe-dreaming about???!!!

Artists would like others to agree with them, but when those others do, in fact, agree, what, precisely are they agreeing to? Is it the same or different from the glowing orb that beckoned the next word off those dancing fingers? Isn't it like someone saying, "I believe in God," and yet no one is ever quite sure that that agreement with other believers is precisely the same.

Lincoln's doctor's dog ... how some part of me has wished for a winning formula. Applause. And yet if I had actually won, what sort of meal would that have provided? It seems lonely at the top and yet I wonder if "the top" is just another expression of the fact that there is no bottom.

Find your voice and use it. Of course the tricky part is finding it.
Posted by genkaku at 9:11 AM